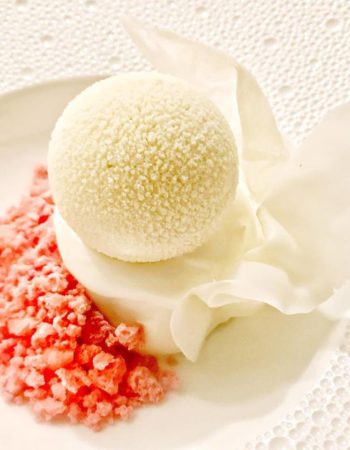 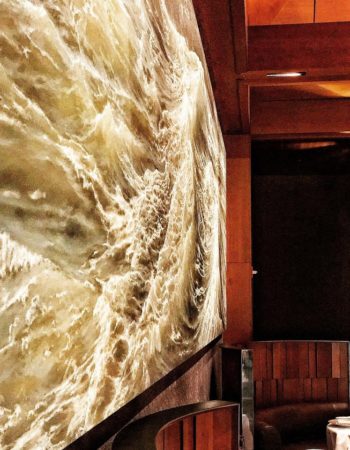 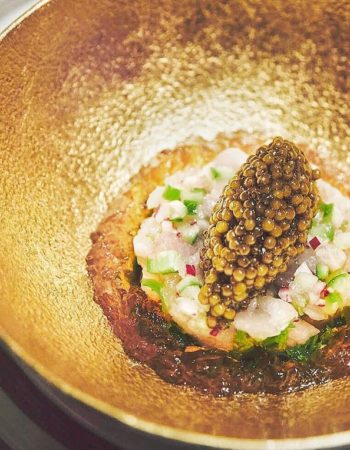 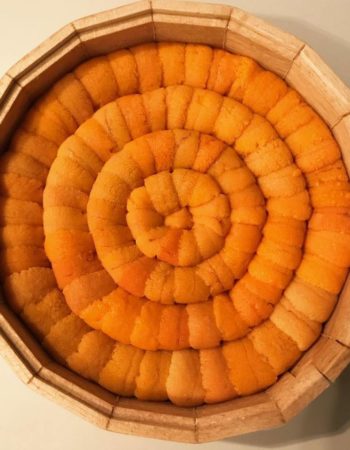 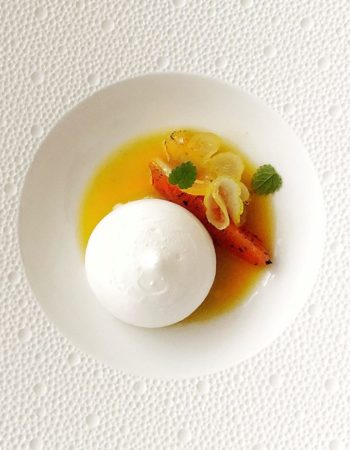 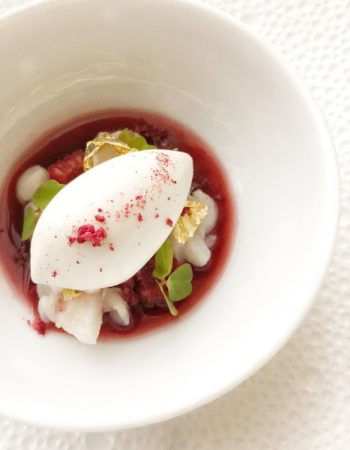 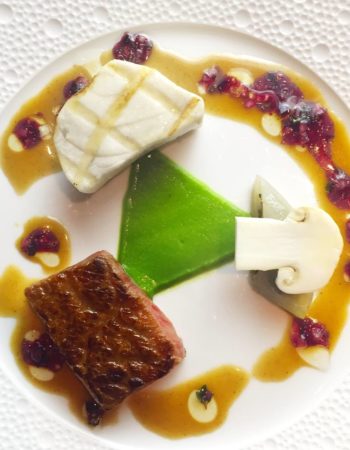 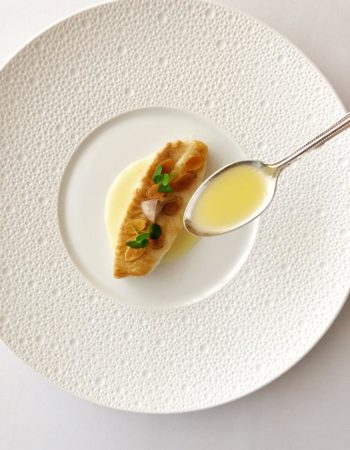 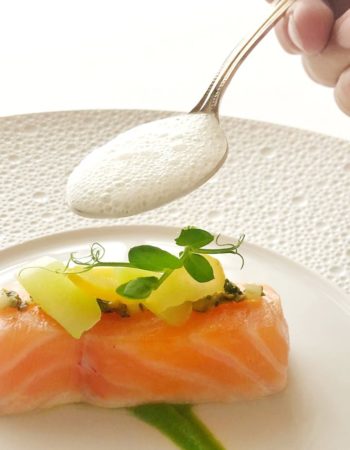 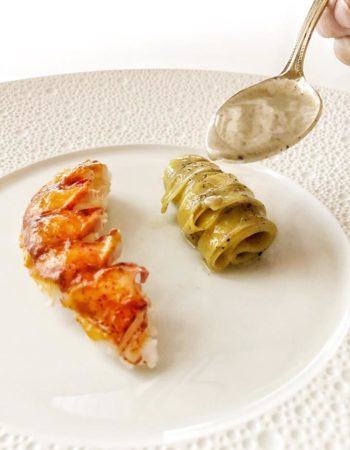 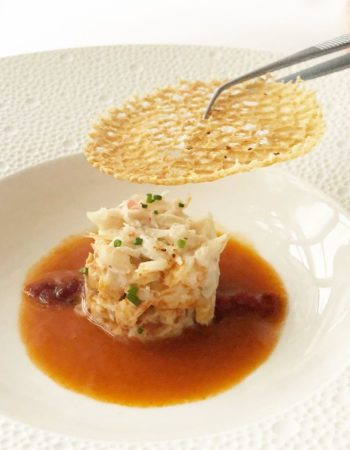 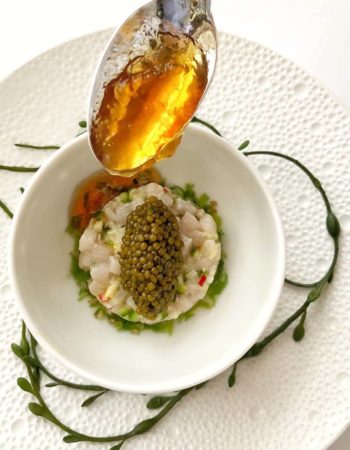 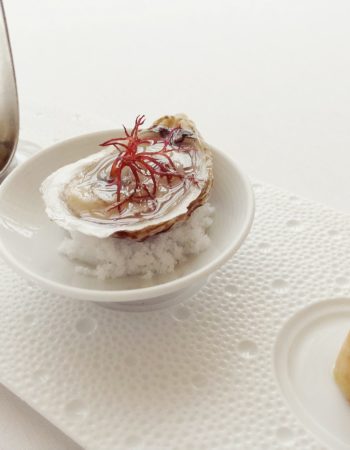 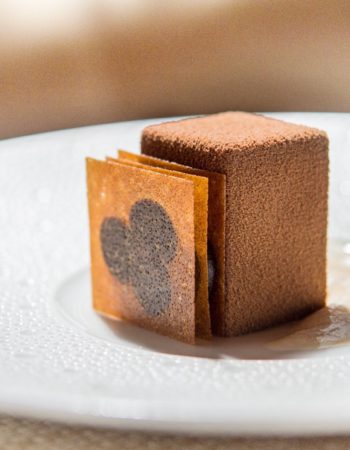 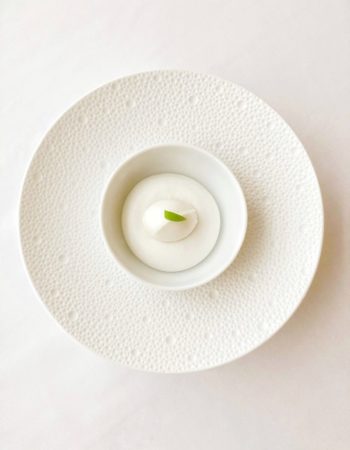 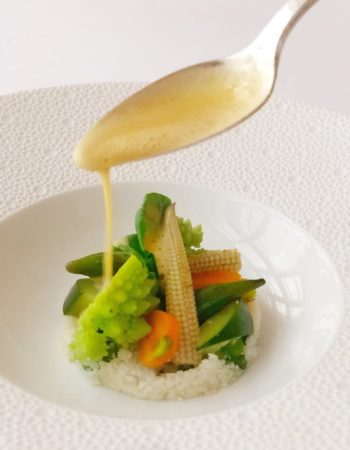 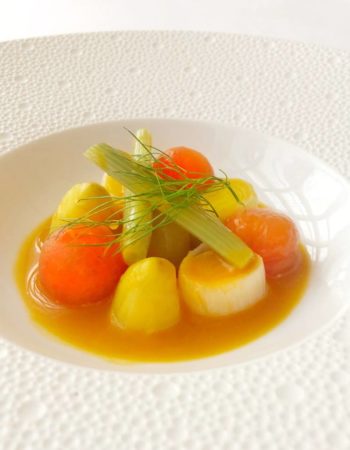 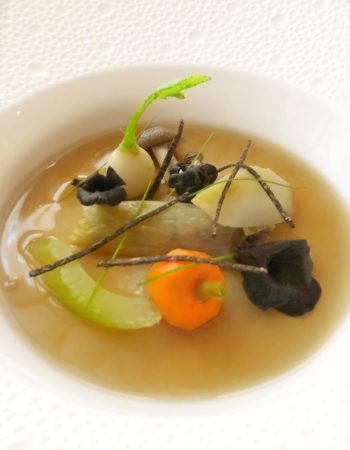 “Arriving from Paris in 1986, we quietly opened Le Bernardin in New York…”

Born in Paris in 1972 by sibling duo Maguy and Gilbert Le Coze, Le Bernardin only served fish: Fresh, simple and prepared with respect. After receiving its first Michelin star in 1976, and two more in 1980, the Le Coze’s set to open Le Bernardin in New York in 1986.

After the unexpected passing of Gilbert in 1994, Maguy Le Coze began working closely with Chef Eric Ripert, a disciple and close friend of Gilbert, who took over the kitchen to continue preparing the freshest seafood with the simple philosophy that the fish is the star of the plate.

Le Bernardin earned four stars from The New York Times three months after its opening, never having dropped a star throughout five reviews, and is the only restaurant to maintain this rating for that length of time.

In September 2011, Le Coze and Ripert unveiled the next chapter in the restaurant’s history: a significant redesign from Bentel & Bentel. The new look features a lounge, a first for the restaurant, where a separate menu is available. Since then, the restaurant received a James Beard Award in 2012 for “Best Restaurant Design,” and an “Outstanding Restaurateur” award in 2013 for Le Coze, who is the first woman to be honored in the category.

The restaurant holds several records in New York: it received its four-star review from The New York Times only three months after opening and is the only New York four star restaurant that has maintained its status of excellence for more than 20 years. Reviews have come in 1986, 1989, 1995, 2005, and most recently in 2012, with the same verdict: four stars.  Le Bernardin has received more James Beard Awards than any other restaurant in New York City. In 1998, Maguy Le Coze won the coveted James Beard Award for “Outstanding Restaurant” in America, and in May 2003, the James Beard Foundation named Eric Ripert “Outstanding Chef.” In 2009, Le Bernardin was honored with the James Beard Award for “Outstanding Wine Service.” The Michelin Guide, which made its New York debut in 2005, honored Chef Ripert and Le Bernardin with its highest rating of three stars in 2005 and each year thereafter, and the restaurant ranks 17 on the World’s 50 Best Restaurants list. The New York Zagat Guide has consistently recognized Le Bernardin as top rated in the category of “Best Food” and the 2011- 2016 editions awarded it a 29 food rating: the highest in New York City. In the 2012-2014, 2016 & 2017 Zagat Guides, Le Bernardin is named the Most Popular Restaurant in the city, and in the 2015–2017 guides, it’s also rated the city’s top restaurant for service. New York magazine also rated Le Bernardin #1 in its annual ranking of the 101 best restaurants in New York City in 2006. In his year-end dining feature, Frank Bruni of The New York Times selected Le Bernardin as the “Best Meal of 2008.” Most recently, for 2017 Le Bernardin was ranked #2 in the world and #1 in American on La Liste’s international list of 1,000 restaurants.

In 1999, Ripert and partner Maguy Le Coze expanded their business to form Ripert Consulting which so far has shaped restaurants in Florida, California and New York City and has partnered with the Ritz-Carlton to open restaurants in Washington D.C., Philadelphia and the Caribbean.

In September 2014, Ripert and Le Coze extended the elegance of Le Bernardin’s private dining room with the opening of Le Bernardin Privé, a modern and dynamic event space, and Le Bernardin wine director Aldo Sohm opened Aldo Sohm Wine Bar, where guests can enjoy a menu of simple and shareable dishes meant to complement and elevate an extensive and ever-changing wine list.

To the delight of fans all over the world, 1998 saw the publication of Le Bernardin’s first cookbook, called Le Bernardin—Four Star Simplicity. Eric Ripert has also published a memoir, The New York Times bestseller 32 Yolks, and four other cookbooks: My Best: Eric Ripert, Avec Eric, On the Line, and A Return to Cooking.

At Le Bernardin, we endeavor to work with and foster the best talent. Passion, dedication, professionalism and a sense of community in both the kitchen and front of house are paramount to success with our team.